Don Wenner, Founder & CEO of DLP Capital, joined the Real Estate Daily Beat for an interview. We discussed his firm’s focus on workforce housing, the SFR market, and other interesting topics.

Daily Beat: How did DLP Capital get started?

Don Wenner: DLP Capital started 15 years ago in my hometown of Bethlehem, Pennsylvania. I started in the industry as a real estate agent at Keller Williams in 2006 when I was still a college student.

The market downfall at the time led to many distressed houses in the country and we started buying mainly in the Pennsylvania and New Jersey area. We continued to grow and began adding multi-family assets too.

We subsequently launched private investment funds to raise capital and started a property management arm to serve our portfolio. By 2014, we grew to over 600 properties and about 100 employees. At that point, I made a conscious decision to have our business focused around workforce housing and landed on three strategies: value-add acquisitions, capital lending, and providing equity to operators.

DLP’s core focus is to make an impact on the workforce housing affordability crisis in America – we call it the legacy and happiness crisis. We have 450 team members with over $2 billion in capital and more than 15,000 units. Our lending arm did about $1 billion in balance sheet lending in 2021.

Daily Beat: What’s the solution to the housing affordability crisis in the country?

Don Wenner: The ultimate solution for the housing crisis needs to be private-public partnerships that’s going to take government support with where today’s costs and timeline for development are at.

Daily Beat: How does DLP Capital classify workforce housing? Do you also invest in affordable housing?

Don Wenner: We aren’t investing in subsidized housing. Everything we’re doing is workforce housing and focuses on where rent is less than 30 percent of the Area Median Income (AMI) and we’ll be able to maintain that in the duration of our investment. We achieve this in both ground-up development as well as existing acquisitions.

Government policy does play an indirect role for us in what’s going to drive new development. There’s such an unbelievable undersupply of housing that there’s very little concern of oversupply. We are doing a few interesting projects with a percentage of the units being income restricted, but most of what we do is straight market rents.

Daily Beat: How do you increase value while keeping units in the realm of workforce housing?

Don Wenner: A good example is in Downtown Jacksonville where we bought a 19-story office building that we’re converting into market rate, workforce housing. We’re getting a number of historical tax credits, a 20-year tax abatement and receiving different forms of government support on those projects, but all of our units are market-rate. That’s an example of a public-private partnership project that’s making development possible without restrictions on rent.

We don’t buy old properties and quickly renovate the units to drive up rents; rather, our focus is to find ways to reduce the expenses and reduce turnover. The last thing we want to do is increase rents to a point where you’re pricing out the local workforce.

Daily Beat: Regarding the Pennsylvania, New Jersey, and Florida markets, what are you seeing in terms of cap rate compression?

Don Wenner: Cap rates are unbelievable. The compression is also taking place in markets like Mississippi, Alabama, and Louisiana.

Our average vintage of the properties we’ve bought over the last three years is early 2000s construction. Right now, most workforce housing properties that are being marketed with a decent broker are trading at sub 4 cap rates, which is pretty amazing. We own properties in 24 states, but are concentrated in the Sunbelt region.

Daily Beat: Interest rates are an obvious concern, but what else can get in the way of this tremendous growth?

Don Wenner: Interest rate hikes is a concern, but the general consensus is that the uptick won’t be that significant.

The only other thing that could slow things down is if the market stops accepting rent growth, but it’s hard to imagine such a scenario because of the under-supply. The notion of delinquencies skyrocketing seems far fetched at the current time.

Obviously, there’s been strong wage growth this past year and as long as the market keeps on supporting these growth rates to justify a business plan of buying sub 4 caps, it’ll be hard to slow down.

The truth is that any sponsor that has bought anything in the past three years looks like a superstar today. The market is supporting whatever growth rates you plug into Excel. Unless growth rate slows or interest rates climb, I think the market will remain extremely strong.

Daily Beat: What are your thoughts on the build-to-rent (BTR) and single-family-rental space?

Don Wenner: We actually did the first one in 2014 before “BTR” even existed as a category! We have about 3,000 units in construction development today and also own a portfolio of 600 – 700 scattered single family homes. Our lending team also provides capital to many builders in the SFR space primarily in Florida.

Daily Beat: As a percentage of effective gross income (EGI), when your team is underwriting a deal, what’s the difference between a traditional multi-family asset and a BTR community? Take a 4-story, newly built community versus an SFR project.

Don Wenner: It’s definitely a complicated topic because the institutional SFR investors play with what they’re expensing on the capex side.

Putting aside the lease up period – you’ll see around 8 to 10% lower expenses for BTRs, assuming you’re not providing all of the amenities that you would have provided on the multi-family side that require the same kind of staffing.

Daily Beat: Where are you seeing most of the cost savings?

Don Wenner: With multi-family assets in general, roughly 20% of all your revenue goes to salaries and management fees. SFRs, on the other hand, are operating in the 5 to 6% management fee range with no salaries, which is extremely efficient.

With that being said, you’re going to have much higher capex expenses and turnover expenses. One of the things that we’re doing on the multi-family side is Community Resident Services, a centralized management model for tenant communication, leasing and renewals. Our approach allows us to reduce the number of onsite workers and it has already helped reduce costs by 10% this year.

Don Wenner: There hasn’t been a time in recent memory where there has been an oversupply issue with the exception of certain luxury rentals in large cities. Fundamentally it’s just the supply and demand issue.

Your example with Coke is there can be a situation where there’s too much of coke supply and not enough, but there hasn’t really been that on the multi-family side for a period of time.

Most markets are going to continue to have at least some level of population growth outpacing the supply, which is why we rarely see rents decline.

Daily Beat: Regarding your lending arm, what are your thoughts on the easy access to capital? Is this something to be concerned of?

Don Wenner: It has certainly evolved and even in the last 18 months. I think the financing is more plentiful and lax in guidelines than it’s been since 2008.

People feel there is no risk today and that’s where I come back to helping operators build discipline in their organization. Over the past decade, the deals gone bad haven’t been a fundamental real estate issue; rather, it was a matter of execution. Developing land, vertical construction, putting in the right infrastructure, and managing hundreds of residents, there’s a lot of execution risk associated with it.

Just 18 months ago, it was very hard to find construction lenders who’d want to fund 65% financing on a down the middle project. At the height of the pandemic, we were in the market for construction financing for a 304-unit project in Kissimmee and it was hard to find financing over 65%. Today, I can put 85 to 90% leverage on a project like that.

We regularly see operators who come to us for capital who are putting in less than 1% of the capital in the deal and are financial engineering with multiple lenders & equity partners all the way up to 99% of the capital stack. And that last 1% is raised from unsophisticated family and friends – there’s a lot of potential risk there.

Up until 18 months ago, I would have said that lenders are staying more disciplined than they were in the last cycle, but I think that’s rapidly changing with the amount of capital trying to get into the space.

Daily Beat: Speaking of financing and interest rate risk, are you locking in rates long-term? Agency loans look pretty good in this environment!

Don Wenner: Yes. Locking in your loan is important, not only as an interest rate hedge, but also there’s an overall capital markets risk if things swing and people aren’t as bullish on the housing space.

It wasn’t that long ago that lenders thought multi-family was high risk and office was the safest asset class, so we do a lot of bridge financing on acquisition because we feel confident that we can see 12 to 18 months ahead that there isn’t too much interest rate risk on the short horizon.

We’ve been finding that our bank lenders have offered the best of all worlds; meaning, higher proceeds than from the typical agency with extremely low rates and more flexibility. On the SFR side, we’re the most aggressive 30-year lender in the space. We’re anywhere from low 3’s to high 5’s for fixed paper on the SFR side.

*The interview has been edited and condensed for clarity. 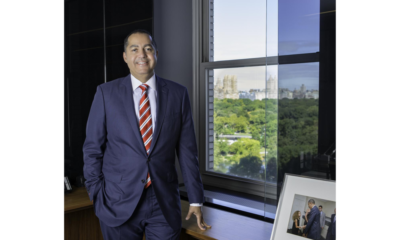 Inside the Boardroom: Don Peebles 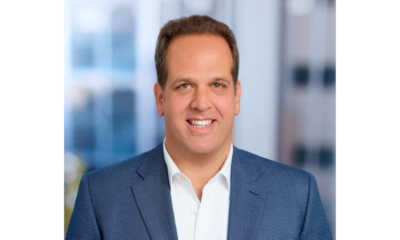 Inside the Boardroom: Eric Samek